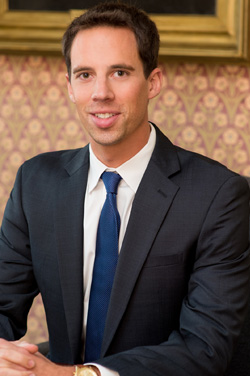 After graduating law school in 2017, Mr. MacFeeters continued with Puff & Cockerill as an associate attorney.

Mr. MacFeeters is the son of Dr. Richard MacFeeters and Lorraine MacFeeters. Dr. MacFeeters has been a general dentist in Pitman, New Jersey for over thirty-five years.