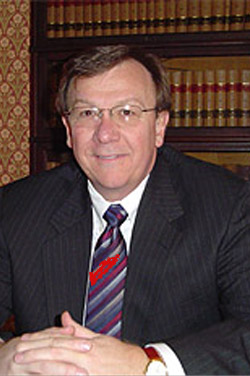 Mr. Puff was born and raised in the City of Woodbury, New Jersey. After attending Woodbury High School and graduating from the Hill School, in Pottstown, Pennsylvania, Mr. Puff attended Bucknell University. In 1975, Mr. Puff graduated from Bucknell with a Bachelor of Arts Degree.

After graduation from Bucknell, Mr. Puff attended the College of William and Mary Marshall-Wythe Law School, which is the oldest law school in the United States. Upon graduation from law school in 1978, Mr. Puff returned to his roots and began practicing in the City of Woodbury. Mr. Puff served as the Municipal Court Prosecutor for the City of Woodbury for seven years and zoning board solicitor for Logan Township for four years.

Outside of his practice, Mr. Puff is active in his community affairs and his church, where he serves as the Finance Chairman. Mr. Puff continues to maintain close ties with his alma mater, Bucknell University.