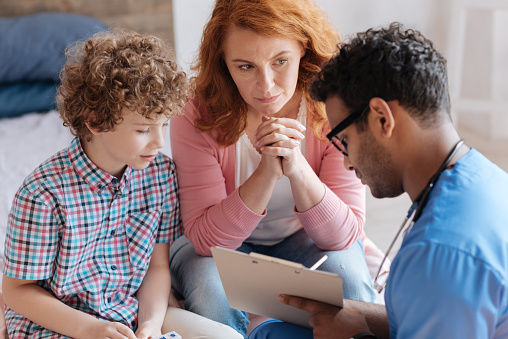 Guardianships are designed to protect individuals who are incapable of making important and lucid life decisions, i.e., minors, adults with developmental disabilities and incapacitated persons.

If an individual lacks the capacity and ability to govern themselves, he or she may need a surrogate decision-maker.

How to Become a Guardian

New Jersey courts have jurisdiction to appoint a guardian for a minor, an adult with developmental disability or an incapacitated person.

Relationship to the Individual

A person who is appointed “guardian,” without any further words of limitation, is deemed to serve in both guardianship capacities (of person and of property).

A guardian is empowered by law to make all decisions about the care and treatment of the ward.  Further, a guardian may also make decisions regarding the property and assets of the ward.  The guardian, despite being empowered with the decision making of the ward’s property and asserts, is not financially responsible for the ward.  The responsibility, however, does extend to the fiduciary relationship between the guardian and the ward. In addition to decision-making responsibilities, a guardian is required to visit the ward every three months, file an annual brief updating the court regarding the ward’s condition.

At Puff, Sierzega & MacFeeters, we help offer the following for Guardianship: Guardianship of Minor Children – Guardianship of a minor provides the guardian autonomy and control over the minor to streamline and improve the minor’s life, including financial and medical decision-making.  Guardianship of a Minor is controlled by New Jersey law in N.J.S.A. 3B:12-12 et seq.  Parent’s may and should name at least one successor guardian in their Will in the event that they and unable to complete their duty as guardian or they predecease the minor reaching the age of majority.

Guardianship for the Developmentally Disabled – As a parent of a child with a developmental disability, you are not automatically appointed his or her legal guardian upon your child reaching the age of majority – 18 years old.  Instead, the law considers a child emancipated, regardless of the severity of their disability.  Accordingly, a parent must file an application to the court to become guardian because only a judge can appoint a guardian for a person over the age of majority.

Guardian of Incapacitated Persons – Guardianships for incapacitated persons may be required for individuals suffering from Alzheimer’s, dementia, or other mental and physical conditions causing them to be unable to make informed and important life decisions.  A guardian is appropriate to fill the shoes of the individual by making these life decisions.

To schedule a consultation with one of our estate planning attorneys, please call our office (856) 845 – 0011 or email us.