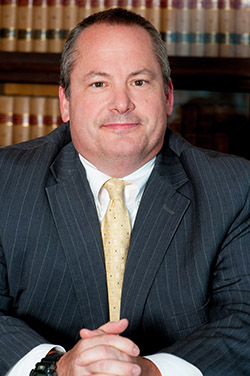 Upon graduation from West Chester University, Mr. Ivans pursued his law degree at Widener University School of Law. Mr. Ivans graduated with his Juris Doctor in 1990. During law school, Mr. Ivans wrote for the Delaware Law Forum and participated as a volunteer with the Post-Conviction Relief Clinic.

Mr. Ivans is admitted to practice in the State of New Jersey and the United States District Court of New Jersey.

Mr. Ivans was also active in the East Greenwich Soccer Association as both a board member and a coach.

He currently resides in East Greenwich Township with his wife and children.